Middle school is just the WORST. I mean, seriously… there are funky growth spurts and ill-fitting fashion trends. Insecurity and hormones start to come into play. There are mean girls and nerds and jocks starting to emerge. And the lunch room. Good Lord… where does one sit on the first day? How do you walk your shaky, insecure-trying-not-to-seem-insecure self up to a table and dare to sit down? That deal could be a life-changer in and of itself.

Seventh grade was coming to an end at Finland Middle School, and I had just started to become friends with a girl named Jamie. She was funny and nice, which was very rare in the arena of thirteen-year-old girls. On the last day of school, I gave her my phone number so we could hang out over the summer.

She never called. Not once the whole summer.

That was a bummer but when you’re that age, people pledge friendship all the time without coming through, so I chalked it up to being another situation like that.

So there I was on the first day of 8th grade, now worrying about who I would sit with at lunch. Then out of nowhere, there she was. Somehow we found each other in the lunchroom and sat together. I can’t recall who else was sitting at our table, but I can tell you it was an unlikely mix of people. The fringe folk who didn’t really fit exactly into any specific clique. But we were there, together. And just like that, Jamie was My People.

We were literally inseparable from then all the way through high school. We had some other friends as well that became our little band of amigos, but it was always me and Jamie no matter what.

The summer between 8th grade and freshman year we thought we were really awesome. We bought a box of hair dye and shoplifted another (sorry, moms) and locked ourselves in the bathroom of my house. My mom came to inspect the situation, and when she banged on the door and asked what the heck we were doing in there, we told her we were doing facials. Apparently that was a good enough explanation.

Now when I came outta that bathroom with black hair, my mom gave me a twisty-eyed look and some rant about not being old enough to mess around with hair dye or something. But Jamie’s hair?? Oh it was a tragedy. You see, Jamie had the most gorgeous, thick, all-the-colors-of-blonde-and-light-brown hair. The kind that women pay hundreds of dollars to attempt to have. It was beautiful. So when she dyed it black…let’s just say her mom was none too happy about that. She dragged Jamie off to the hairdresser, and after what was probably a few hundred bucks later, Jamie had to endure stripped out, grey hair for a couple of days before it was colored back to a normal shade of light brown. I can’t believe her mom even let us hang out anymore after that.

Nearly every day that summer, we walked several miles to a dollar store, or to Taco Bell, or to each other’s houses. Sometimes we would walk to the COTA bus stop, and ride the bus downtown or to campus (without our parents’ permission, of course.) We would walk around all the weird campus shops that sold tie-dye and “tobacco” pipes and such. We would talk to strange people and once in awhile ride around in their cars. How are we not dead??

We thought for sure we looked just like those deep, angsty college girls. After all, one of us had black hair and we both listened to The Doors on occasion. Now I see little teenage gals walking around in the mall or on a campus and they stand out to me like a sore thumb. SO OBVIOUS, kids! You don’t look like a college girl at all. You look like the awkward, insecure child that you are. And PS: Get some damn clothes on. Don’t you know the world is dangerous?

Yeah, Jamie and I never would have listened to that either.

Throughout high school she had to put up with my boyfriend situation. (Sorry about that, girl!) She was definitely more mature than me. Probably still is. She stuck by me through my flannel shirt phase, my cowboy boots phase, and my red leather jacket phase. Jesus, please help Jamie forget all those times when I was wearing things that clearly must have embarrassed her. Thank you and Amen.

SO many memories. Our senior spring break trip with another friend included all of the following: jumping on the bed, wet bologna, a stay in a hotel that was apparently known as a crack house and place of prostitution, and hitching a ride with a trucker from Tennessee back to Ohio when our car ultimately broke down for good.

Seriously, how are we even alive??

I desperately want to tell you all the details of these memories, but word count simply won’t allow it. Plus, all our stories are much better told with silly voices and exaggerated hand gestures. Come over for dinner sometime and I will gift you with the whole presentation.

As much as all these goofy things stand out, there’s something to be said for growing up with someone. That’s really what Jamie and I did. For over 25 years we have been growing up together, a little at a time. We’ve seen each other through so much stuff of life. Death of loved ones, car accidents, moving all over the country, weddings, good and bad life choices, family drama, and missing each other dearly at certain times.

After high school, Jamie joined the army and went off to boot camp and all kinds of army training schools. I missed her so much back then, and the letters we wrote back and forth were the best thing ever during that time. I was so proud of her but a little lost without my BFF for a while. I would never trade that time apart though, because she was on a cool journey to really find herself and become who she is today. I’m so thankful for that because she’s awesome.

Now Jamie is close to retiring from the Army Reserve, and she just accepted a brand-new job as an RN with Grant Medical Center’s Emergency department (WOOOHOO! You go girl!) I always knew she’d end up in a career where she was helping people, because that’s just what she does.

She’s married now to a great guy, and I had the pleasure of standing beside her in her wedding a couple of years ago. She was a stunning bride, full of happiness and solid in who she was. It was a lovely moment to witness. 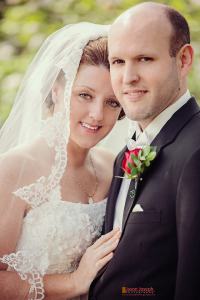 When I asked her what she’d like people to know about our friendship, she said: “I don’t ever have to filter anything with you. I can show you the ugly sides of myself and it’s ok and time or distance doesn’t change that AND we always seem to laugh so hard, sometimes I forget that I haven’t laughed that hard until we are together again.” I agree wholeheartedly.

Jamie and I don’t see each other very often nowadays. We have to plan dates in advance and put them on the calendar to make them happen. That’s just part of life. But there’s never a day where we can’t call or text and pick up right where we left off. Because that’s what you do with Your People, friends. That’s one way you know they’re Your People to begin with. 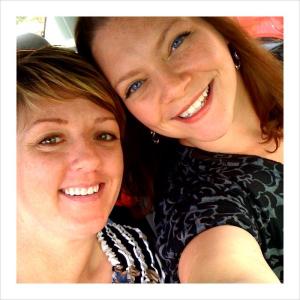 On the day we almost got kicked out of Bob Evans

I love you, Jamie! You are “Vonderfully Perfect and SOOO COOL!